Biomass can be traded between pairs of countries. For coal, biofuels and oil we have world markets and do not model trade between the model countries explicitly. We assume that each model country has a central node and that international trade takes place between these. 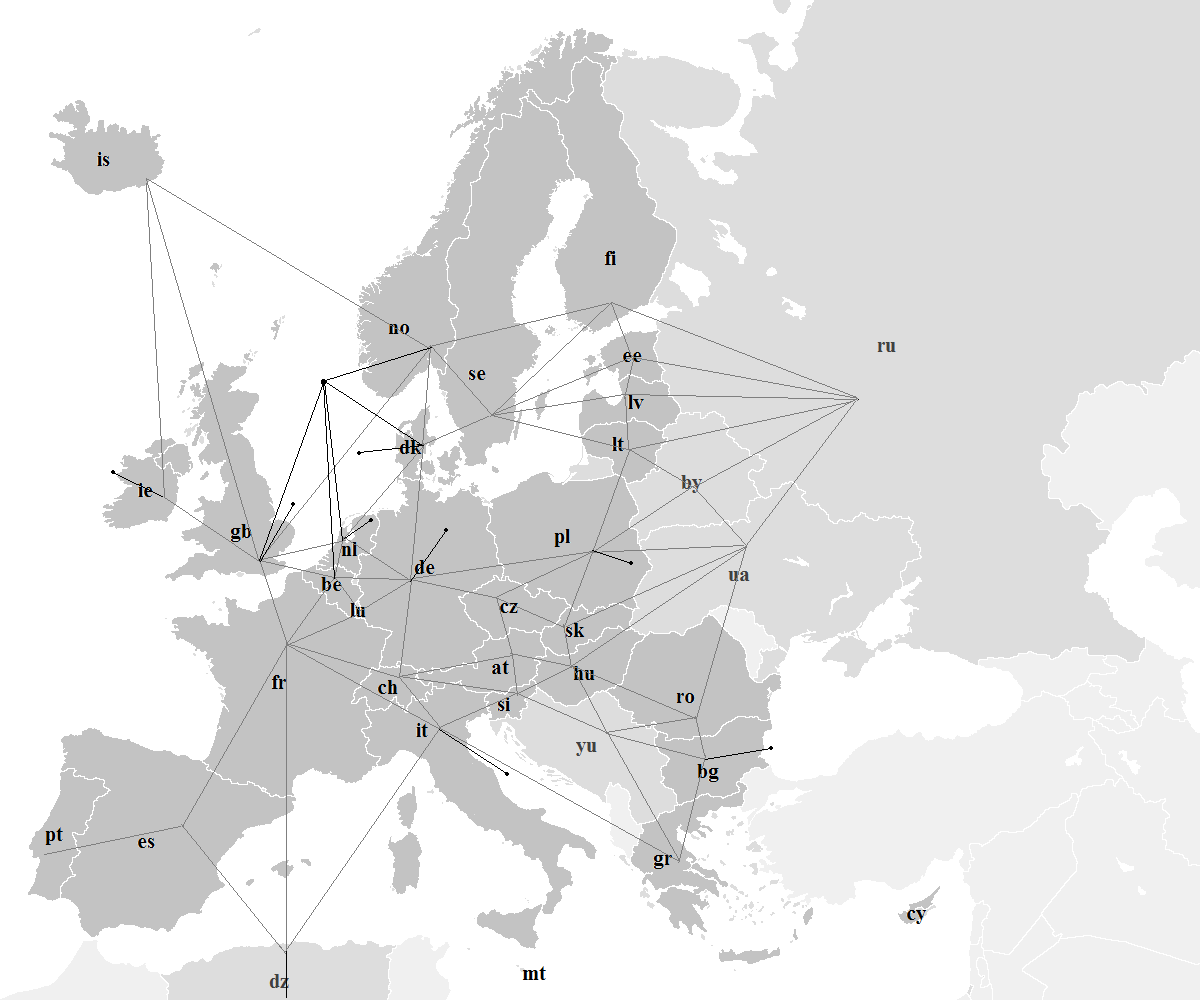